Name
HOME
Top Menu
No Piece of Advice Is Right for Everyone, at All Times October 31st, 2018coachfelix 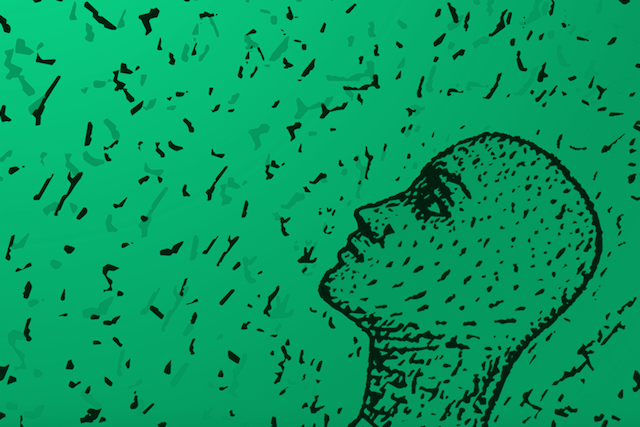 “The test of a first-rate intelligence is the ability to hold two opposed ideas in the mind at the same time, and still retain ability to function.” ~F. Scott Fitzgerald

Ever been inspired by a quote or an article you read on a self-improvement site like Tiny Buddha?

I mean so inspired that you instantly and wholeheartedly started to apply the advice—no questions asked.

Not only that, but in your inspiration, you started to brag about your newfound wisdom to all your friends.

You just couldn’t shut up about this new piece of wisdom!

If a friend was going through a breakup, you now knew just what to say.

If a friend was complaining about an annoying person, again, you now knew just what to say.

The piece of wisdom seemed perfect not just for every situation, but also for everyone!

Well, at least you believed this to be true.

So you applied the advice for a few weeks and everything was great in the world. This is, of course, until it wasn’t.

As time went on, you began to have that dreadful feeling that something felt off.

In fact, a small, dreadful thought started to cross your mind—that the knot you felt in your guts was due to the advice you’d been wholeheartedly following.

“But it can’t be,” you told yourself.

You held on to the piece of advice for dear life. I mean, it became part of your identity!

And after all, you’d already raved about the advice to all of your friends.

You were then reminded of another piece of advice that spoke about discipline.

You felt a small sense of hope that it was just you and not the advice that was erred.

Phew. You just have to be more disciplined, that’s totally what it was.

So you ignored that feeling that something was missing for a bit longer.

Until one day, you came across another inspiring article on Tiny Buddha—one that seemingly conflicted with the advice you’d been such a big advocate of.

“How can this be?” you wondered.

Before you knew it, you knew something had to change.

But it couldn’t be tossing out that one piece of advice you’d been crazy about for the last few months.

But then it hit you like a Bruce Lee kick to the face.

You eventually started to realize, maybe the single piece of advice wasn’t the cure-all for that eternal feeling of fulfillment that you had hoped for.

So what did you do?

Conflicting Advice that Makes You Ignore One or the Other

I once got inspired by a piece of social advice that not only inspired me, but worked!

The advice talked about learning to genuinely become interested in all types of people because absolutely everyone has something interesting to share.

I talked to so many people and learned so many things!

Along the same time, I also got inspired by another piece of advice that I got from the improv community. The advice talked about a philosophy called “Yes and…” which essentially talks about always keeping an open mind and to start every sentence with agreement—hence “yes and…”

Those pieces of advice together worked beautifully. I started to see everyone as somebody worthy of learning from.

Life became more beautiful when I didn’t easily get annoyed at everyone and instead saw everyone as someone who could help me on this journey called life.

The advice seemed to be the best thing ever! At the time, I bragged to everyone about my new philosophy. I felt happy and didn’t think I’d ever stop practicing my newfound wisdom.

All was good and beautiful.

This is until it wasn’t.

At this point in my life, I was spending a lot of time socializing, which at first was all great. However, after a couple months I realized I hadn’t done anything worthy of being proud of toward my career goals. This is when I started to feel like something was off.

Now to add to it, around this time I came across an inspiring article on valuing my time and about the power of saying no.Super inspiring and made total sense. So what did I do?

After some reflection, I decided to completely ditch the other seemingly contradicting advice that no longer served me.

I started to find myself so much more productive. The advice was working. Once again, I was on cloud nine.

“Just the advice for me!” I thought.

I remember even hating that I’d spent so much time following the other piece of advice. At the time, I was staying at a hostel and remember I would secretly judge people who spent a lot of time socializing like I used to. I would say stupid things to myself like “These people are so not driven. How can they always be drinking?”

I was very content with my new ability to say no and stay productive. All was good once again.

Until, you guessed it… it wasn’t.

The newfound wisdom, mixed with the fact that I had already slowly started becoming less interested in people, made a beautiful recipe for becoming antisocial. Not only that, but I was excusing my antisocial behavior with “I’m just valuing my time.”

Then it hit me: Yeah, I was more productive, but I was feeling disconnected. I grew unhappy. Before I’d felt connected, but not productive. I’d grown unhappy then too.

I now realized, for myself at least, there’s no single piece of advice that is good on its own.

I had taken the social advice to the extreme and then taken the seemingly conflicting productivity advice to another extreme.

Both made me happy in the short term, but not in the long-term.

I now realize, both pieces of the conflicting advice are true and good, just not all the time.

I came to learn that valuing my time was good. However, giving others my time is invaluable.

Having great pride in myself is nice, but having extreme humility is very rewarding.

Just because following a piece of advice doesn’t exactly work for me anymore, doesn’t mean the advice was wrong or unrealistic.

This is what I allowed myself to believe.

One had to be right and the other had to be wrong.

Now I see it happen quite often and especially when I reflect on my own life:

Someone follows a piece of advice like “follow your heart” until they realize that following their heart has repeatedly gotten them into trouble. Then they start bitterly bashing that advice to friends and promoting decisions purely based on logic. The thing is, we have to learn when it’s appropriate to follow your heart and when it’s just plain dumb.

But it’s still good advice; it just depends on where you are in life and the experiences leading you to the moment.

Imagine a man known for boring people with endless rambles comes across an article on the importance of being able to lead a conversation. This advice is neither good nor bad, but in context, probably not the best piece of advice that this specific man should be listening to.

Make Mistakes and Let Others Do The Same

There isn’t a one-size-fits-all piece of advice.

And this, in my opinion, makes life beautiful because it encourages us to let go of judgment.

In fact, I’d argue that what makes life beautiful is the lack of right and wrong. The courage to explore what you think will make you happy, even if others will judge you, is beautiful. Heck, even if you yourself will judge you!

I’m sure that in two years, I’ll have to learn to adjust again as I continue to grow. Maybe I’ll look back at this article and not agree with some of my own points.

It doesn’t mean any of my points are less true or more right.

The belief that there is rarely an exact right or wrong has also helped me become more understanding of others. In any given situation, someone’s idea of right might be my idea of wrong and vice versa—as should be, because we all hold different values and aspirations.

Looking back, I’m embarrassed at the way I would spend so much time judging others. I will go as far as admitting that many things I used to judge were actually things that I was subconsciously jealous of.

Today, I hold a lot of traits that the five-year-younger version of me would judge. In fact, some of these traits are now my favorite things about myself.

So, here’s a fun game to play with yourself:

The next time you feel the inclination to say something is either right or wrong, bite your tongue for just a few seconds.

I mean literally bite your tongue.

Is there even just a 1 percent chance that your judgment of what is right or wrong is only subjective?

Kimberly Semiglia is always changing—some will say for the better and some will say for the worse. She’s a big believer that we waste too much time judging others and not enough time focusing on ourselves. Some of her passions include writing, learning, and positively influencing others. Therefore, to combine the three, marketing has become her passion.

No Piece of Advice Is Right for Everyone, at All Times October 31st, 2018coachfelix